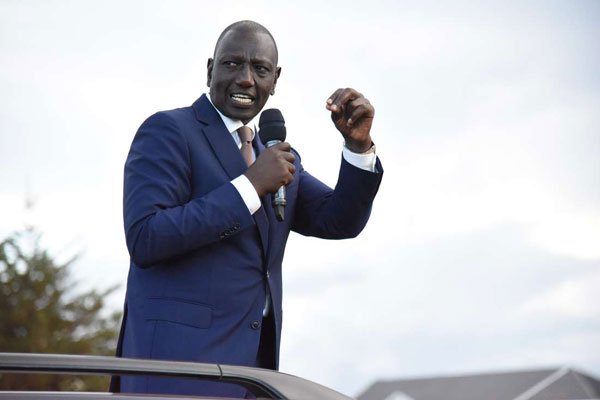 The events of the past week might as well have taken place in 2005, the year there was a referendum that broke the country and the administration of the day in half and the pressure that would explode in December 2007 started building.

There were politically-instigated clashes in Kisii town between camps with differing views on Deputy President William Ruto and earlier in the week, two politicians came under fire for insulting the President and his family.

Much of the activity is inspired by the elections in 2022.

Emurua Dikirr MP Johana Ng’eno, for example, is working his way into the political camp that backs Ruto’s bid for the presidency, or seeks to benefit from supporting it.

While his colourful statements will keep him busy at the dock as he defends himself against hate speech charges, they might do what making outrageous statements did for Gatundu South MP Moses Kuria – build his identity as a defender of the tribe willing to lay his reputation on the line.

With less than two years to the elections, alignments are being made and coalitions are being built.

The posturing ahead of the General Election is one of the reasons the Senate is unable to unlock the stalemate over the sharing of revenue amongst counties. As senators look to return to the ground with goodies, the amount of money each county will get is one of the easy options, but that is apparently now hard to achieve.

The upshot of all this activity is that the political noise and skirmishes of the sort witnessed in Kisii town are likely to have a negative effect on business going forward.

With their large crowds of youths without masks, the leadership also made an apt demonstration of the reality that Covid-19 is increasingly being considered as a bearable risk. The expectation is that the next time the President addresses the nation, he will announce the further easing of restrictions that would enable business to resume and for the economy to get back on its feet.

As the country looks to recover, politicians will return their focus to political activity, and it is likely that work related to the Building Bridges Initiative will resume, the Deputy President will pick up his 2022 preparations, and elected representatives and leaders will ramp up their efforts. The season of madness will be upon the country.

What will worry observers is whether the business environment will be poisoned and what that will mean for an economy that is, in the views of some, looking to come out of a recession.