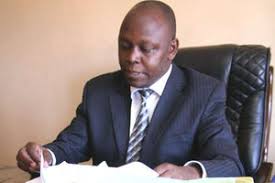 Paul Gicheru surprised everybody, his lawyer included, when he surrendered himself to the International Criminal Court at The Hague, Netherlands.

The lawyer has been a wanted man since the court unsealed a warrant for his arrest in March 2015 and it looked like 2020 has been a year of contemplation for the man who headed the board of the Export Processing Zones Authority.

Speaking to his lawyer, John Khaminwa, from The Hague, Gicheru said he had arrived at the decision to hand himself over after a discussion with his wife, and they had secured visas after getting permission to travel from the Head of Civil Service.

Khaminwa was deeply troubled by the decision, and he told a journalist that he was writing to the authorities at the ICC to inform them that their newest prisoner suffers from hypertension and diabetes.

Gicheru’s departure is reported to have caused consternation in political circles as it is thought his issues could lead to a revival of the case against Deputy President William Ruto at the ICC.

It is thought that by surrendering, rather than continuing to enjoy the sort of political connections that landed him the chairmanship of the Public Procurement Administrative Review Board and the EPZA, Gicheru has information that the ICC could value more than the prospect of jailing him.

Gicheru is accused of interfering with ICC witnesses in the cases against Kenyans considered responsible for the violence that followed the elections in Kenya in 2007. The turning of witnesses and the disappearance of others was among the reasons the cases collapsed and in presenting himself to the ICC, it is thought that there must be an effect on the suspects, with the Deputy President at greatest risk as his case might be revived.

Gicheru’s decisions have repercussions in Kenya as they could affect political stability in the country, which ultimately has an effect on the country’s economic stability. A revival of the charges against Ruto, no matter how long they take, could fuel animosity against his perceived persecutors, which would have effects up to the most basic level. Ruto is already under siege from the pro-Kenyatta faction of Jubilee, which deems him unfit to hold power and wrong to have started his campaigns for the presidency early.

Gicheru was scheduled to make his first statutory appearance before ICC judges on Friday evening, and it is evident, as there has to be a pretrial conference and a confirmation of charges hearing before he can be tried. This means that the situation will unfold over time, and the real reasons why he handed himself over to his accusers will eventually be known, as we await their effects on Kenyan politics and economic stability.