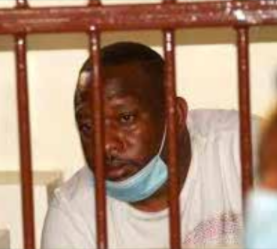 A barrage of charges for Sonko, an uncertain future

The State’s determination to put away former Nairobi Governor Mike Sonko was evident in the manner he was escorted to the new court next to Kamiti Prison for the latest barrage of charges.

He was Tcharged with terror-related offences, and the State asked that he be held for 30 days, but that was not granted and he will instead spend the weekend and three more days in custody.

So far, Sonko faces charges of assault, robbery with violence, and terror, in addition to the litany of corruption charges that saw him kicked out of office and briefly detained before emergency admission at Kenyatta National Hospital.

While it is evident he is facing the music for real or perceived offences committed over the recent future, and in the course of his political antics, it is also evident that the determination to put him away will last.

He might yet escape jail but some would consider his political future closed.