30th September 2022 Keeping the finger on the Pulse 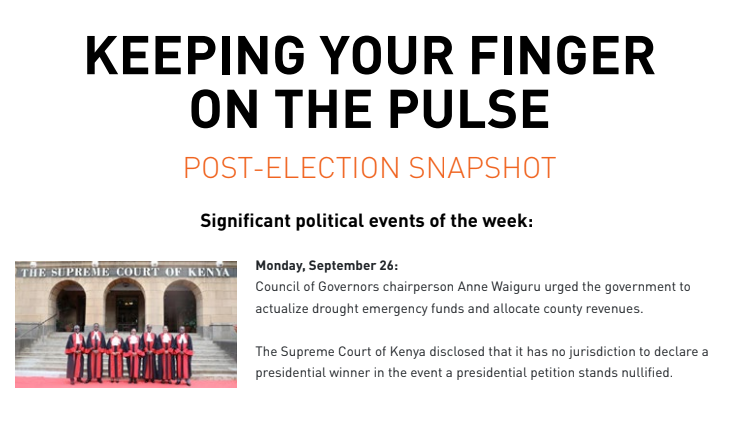 The Supreme Court of Kenya disclosed that it has no jurisdiction to declare a presidential winner in the event a presidential petition stands nullified.

Swearing in of 124 MCAs of the third County Assembly of Nairobi took place at City Hall.