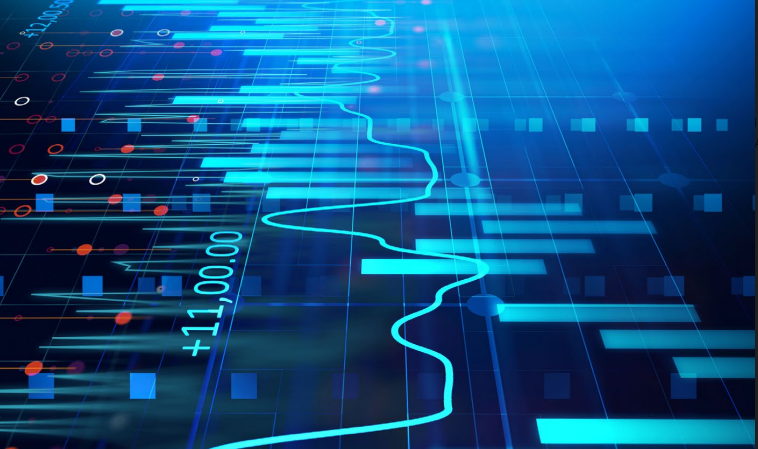 Manufacturers want the proposed powers to exempt excisable goods like fuel, beer and bottled water from annual price rises due to inflation to be taken away from Kenya Revenue Authority to the lawmakers, citing conflict of interest.

The Kenya Association of Manufacturers (KAM) in a memorandum to the National Assembly, argues that the Public Finance Act gives Treasury Cabinet Secretary Ukur Yatani the power to waive taxes with no legal provision to transfer them to KRA Commissioner-General Githii Mburu.

The amendments to the Excise Duty Act, through the Finance Bill 2022, empowers Mr Mburu to exclude some products from annual inflation tax adjustment based on prevailing economic conditions.

“We propose that the power to exempt specific products from inflation adjustment be granted to the National Assembly instead [of KRA Commissioner-General],” KAM’s outgoing chief executive Phyllis Wakiaga wrote in the memorandum on the Finance Bill before the August House.

“There is a conflict of interest where the institution entrusted as the collector of national government revenue…is the same institution granted the powers of the CS National Treasury to waive or vary tax, fees or charges.”

Mr Yatani on April 7 asked lawmakers to change the law to allow Mr Mburu to spare some of the essential goods from the annual tax raise in October — based on average inflation for the previous financial year — during hard economic times.

“It has been observed that the adjustment may not always be appropriate for some products, depending on the economic and social environment facing these products at that time,” the Treasury boss wrote in the Budget Statement to the lawmakers.

The inflation adjustment, which came to force in 2018, is a means of protecting the government’s spending power from being eroded by the rising cost of goods and services.

The proposed changes to the law came on the backdrop of rallying calls from consumers and manufacturers for a change in the legal regime to consider unique economic circumstances before raising the duties which eventually reflect in final prices.

“There is no mechanism for the receipt of input from manufacturers or consumers on which products should be exempt in a specific year,” Ms Wakiaga adds.

The lobby has, however, maintained the better method to cushion consumers from higher prices is adjusting the duty after two years instead of every year.

“This is because a two-year adjustment period will create a more predictable business and consumer-friendly tax environment. This would enable businesses to plan for the long term and prevent annual upward price adjustments affecting consumers,” KAM argues.

Tanzanian firm, Smart Codes, a Smart Africa Group subsidiary, has appointed one of the continent’s prolific marketing leaders with a global mindset, Beatrice Nyamari, as its managing director.

Ms Nyamari spent over 15 years in senior leadership roles across Africa with global companies such as Coca-Cola, WPP, and Airtel Africa, as such, news that a local company has on-boarded one of the continent’s corporate marketing leaders has been causing quite the buzz.

Speaking to The Citizen, Ms Nyamari expressed her passion for innovation. “I’m a creative and flexible individual with a passion for understanding motivations and aspirations to help clients navigate the best innovative solutions while driving connections and remarkable experiences for consumers. I’m excited to join a team of multi-talented and well-rounded individuals I can work with to produce great results and help our clients reach their goals,” she said.

Ms Nyamari comes at a time when the Tanzanian business space is constantly evolving, with novel and innovative ideas disrupting established trends.

She received a Ministry of Education commendation in 2018 for her exemplary performance of duty during the 1st Copa Coca-Cola Under 16 tournament, Kenya’s first-ever Africa Championships.

She holds a B.Ed. (Arts) Honours, (Economics and Business Management) from Kenyatta University, IMC Training by Association of Media and Advertising in South Africa, Strategic Leadership Training from Coca-Cola University & Harvard Business School and is a member of the Public Relations Society of Kenya.

Trade volumes between Uganda and Turkey grew by $8m between 2020 and 2021, according to Uganda Investment Authority (UIA).

Speaking during the Uganda Turkey Investment Trade, Industry and Tourism Summit in Kampala yesterday, Mr Robert Mukiza, the UIA director-general, said trade volumes between the two countries rose from $41 million in 2019, to $63 million in 2020, before increasing further to $71 million in 2021.

Interestingly, he said, Uganda’s exports to Turkey have been rising, indicating that the growth in trade has been a two-way affair.

“In 2021 alone, Uganda’s exports to Turkey increased by over 400 per cent. Even during the lockdown period when Covid-19 was at its peak, it actually rose. This was possible because Turkish Airlines kept the cargo flights running during the height of Covid-19,” Mr Mukiza said, noting that Turkey’s commitment to foster investment and business development in Uganda and Africa as a whole is self-evident.

Mr Mukiza said this year’s summit will be crowned by the launch of the Uganda-Turkey Industrial Park and Trade Centre, which will be built in collaboration with UIA and UPDF’s National Enterprise Corporation.

Mr Dogan Ali Dogan, the Turkey Uganda Business Council chairman, said top on their priorities is to increase bilateral trade between Uganda and Turkey as well as increase investment activities between the two countries

Rwanda’s economy maintained strong growth in the first quarter of this year, the central bank said on Thursday, reflecting sustained recovery from the 2020 Covid-19-induced contraction.

A combination of policy initiatives including massive Covid-19 vaccination that led to a large-scale opening of the economy as well as the central bank’s accommodative monetary policy that supported the improvement of economic activity, the Bank said.

The Bank’s latest data shows that the composite index of economic activities—which also gauges business activity— increased by 13.7 per cent in the first quarter of 2022 from 11.9 percent in the same quarter of 2021.

This, the financial sector regulator said, suggests a higher GDP growth compared to the 3.5 per cent that was recorded in the first quarter of 2021.

This was disclosed to the media after the quarterly Monetary Policy Committee meeting where the central bank presented its assessment of the economic outlook.

The strong economic performance was driven by services and industry sectors linked to the full reopening of the economy and government initiative that is supporting the manufacturing and other infrastructure projects.

On the basis of trade, the central bank data shows that exports improved by 44.6 per cent, mainly attributed to a combination of commodity prices of traditional products (tea, coffee, and minerals) and an increase in the volume of non-traditional exports that were driven by the recovery in the manufacturing sector.

Ethiopia and China have signed a Memorandum of Understanding (MoU) on investment promotion and facilitation which will serve as a new cooperation mechanism for investment, according to the Ministry of Foreign Affairs.

The MoU was an outcome of the joint Investment and Trade Cooperation Forum both sides held in Addis Ababa on Thursday, May 12.

Aside from the MoU signed between the two governments, Ethiopian and Chinese partners inked five other cooperation agreements in the manufacturing, agriculture, pharmaceutical, and other sectors, it was learned.

Deputy Prime Minister and Foreign Minister, Demeke Mekonnen, said on the occasion that China has proven to be Ethiopia’s most trusted economic and political partner and its support continues to sustain the country’s economic growth trajectory.

He noted that Ethiopia’s institutional, technical, and financial capacities remain limited, resulting in lower national achievement in comparison to the country’s investment opportunities and potential, despite substantial progress in attracting and expanding investments.

“Today’s agreement is essential in directing our attention to the creation of new partnership and the providing of strategic and coordinated direction to our common investment challenges,” Demeke underlined.

China’s Commerce Vice-Minister, Qian Keming stated on his part the need for implementing the nine programs stated under the China-Africa Cooperation.

Furthermore, he explained China’s outlook for peace and development in the Horn of Africa and mentioned development plans that called for cooperation such as the Belt and Road initiative, the China-Africa cooperation vision 2035, and Ethiopia’s Home-grown Economic reform.

It is to be noted that the recent years have seen closer bilateral relations between China and Ethiopia with trade and investment cooperation furnishing a solid foundation for the longstanding friendship between the two countries.

The official rate of the US Dollar maintained its level at SDG 445.39 for purchase and SDG 448.73 for sale on Monday, according to the website of the Central Bank of Sudan. The price of the dollar fell slightly on the parallel market on Tuesday, to reach SDG 570, compared to SDG 575 the day before. Public transportation and taxi drivers in North Darfur denounced the state government’s failure to implement the decision to reduce the price of fuel, as has occurred in other states.

They explained that a jerry can of petrol costs SDG 17,000, in addition to an increase in the prices of spare parts, and the authorities’ imposition of additional fees in favour of the state, which led to a rise in the transportation tariffs.

Atef Abdelrahman, head of the Abuja petrol station in El Fasher, called on the North Darfur state government, in an interview with Radio Dabanga, to reduce the fuel prices, like the rest of the states, and to reduce the price of a petrol canister to SDG 14,000.

On Tuesday, employees of the Ministry of Finance in North Darfur embarked on a strike due to the government’s failure to implement salary increases, in addition to arrears, the nature of work and allowances.

The personnel of the government secretariat refrained from disbursing their salary for April, demanding increases in salaries and allowances, with a tendency to implement a comprehensive strike for all government institutions within a week, according to the deadline set by the North Darfur Workers’ Union.

In its latest report, OCHA states that the suspension of economic support provided by the international community (following the October 25 military coup in 2021) led to the suspension of more than $7.2 billion, and indicated that the decline in foreign exchange reserves, limited economic activity, and continued political instability led to the depreciation of the Sudanese Pound.

The vice presidents of Galmudug and Jubbaland states Mohamud Sayyid Aden and Ali Dahir Eid have today met in the capital Mogadishu.

The two Vice Presidents discussed a number of issues including the political situation in the country and the cooperation between the two administrations of Galmudug and Jubbaland.

They also discussed the election of the 10th President of the Federal Republic of Somalia on May 15 at the Aficio Tent in Mogadishu.

The vice presidents of Galmudug and Jubbaland states Mohamud Sayyid Aden and Ali Dahir Eid arrived in Mogadishu a few days ago to attend the presidential election.